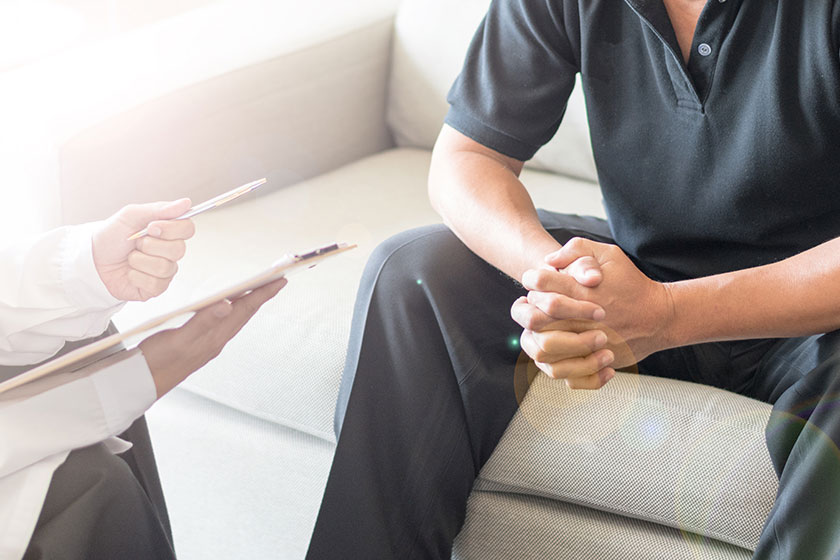 The Penis may differ from person to person. It is normal to have a slight right or left in the erect (hardened) position. Penis curvature in sexual intercourse is the aesthetic problem we frequently encounter.

As a result of these traumas, the corpus cavernose called the Tunuca albuginea (the structure that provides the blood flow within the penis) has ruptions in the casing and the fibrous plaque is made during the healing of the sheathe.

Research suggests that connective tissue disorders related to gene activation and healing also cause Peyronie's disease. Long-term use of certain drugs such as Vitamin E deficiency, propanolol, methrexate, diabetes, gout, long-term smoking and surgical interventions made to the urinary tract have been claimed to have triggered the disease.

In Peyroni disease, bending can be very pronounced sometimes, making intercourse impossible and disturbing for partners. Mass and bending in the penis are not seen in all men and do not have the same severity. It is a progressive disease. Initially, pain begins to be heard in the erection and this painful period disappears without treatment. When the person starts to feel the hard plates at the shaft of the penis, it also realizes the bending and opening of the erection. Therefore, if there is a feeling of pain or mass in the penis without being late, it should be consulted without suspicion and distress. Because any time you spend can adversely affect your sex life.

In the sexual story; The patient is questioned whether there is any difficulty in ensuring erection. Ultrasound can help to determine the exact size and location of the plaque.

It is necessary to know the stage before the treatment of the mistake. There are two phases of the disease.

The period where there is a pronounced curvature in the penis, the problem of hardening and the size of the plaque does not change.

It is important to know which period the disease is in the selection of treatment.

Patients admitted because of Peyronie, if they are active, injections are preferred in order to stop the further progression of oral drugs and curvature. These patients undergo a chronic period after approximately 1 year. The only treatment for the patient who has a chronic period of pain is the cause of the unchanging angle to complicate sexual intercourse or cause the problem of curvature in the penis between spouses. The preferred method of treatment during this period is surgery.

If the disease is in the unstable period or the size of the plaque has a small, slight penile curvature, no pain, and drug therapy may be proposed if there is no sexual dysfunction. Drug therapies are preferred in patients with early stage. But it is another fact that they are not very successful. The aim is to prevent the progression of the event, reduce pain and maintain erection capacity.

It is still one of the most popular therapies of early stage disease. Because there is hardly any side effects, it is easy to use and inexpensive. It is thought to be responsible for the formation of rigid plaque structure found in penile tissue and by reducing the production of molecules called free oxygen radicals.

It is a substance that prevents the formation of abnormal fibrotic tissue. Must be used between 3 and 6 months. It is also an expensive drug that can have side effects on the stomach-bowel system.

Colşicin: The inflammatory response in the tissue reduces the production of collagen and increases its destruction. There are side effects associated with the gastric-intestinal system, which can cause diarrhea.

Tamoxifen: This non-steroidal anti-estrogen has been shown to have the effect of reducing fibrosis by suppressing the inflammation of the drug and the construction of scar tissue. There are side effects associated with the gastric-intestinal system and can cause hair loss.

In the form of this treatment, the drug is injected directly into the penile plaque and is an alternative approach to oral treatment. This is called Intralesional injection therapy. It is a more popular treatment option especially among men who do not want to be an operation or are in the early stages of the disease.

It is applied in the stable period of the disease and patients who do not benefit from drug therapies. In addition, if the curvature in the penis is higher than 45 degrees, the patient is considered a surgical treatment if there is an erection disorder and serious shortening of the penis length.

The placement of penile prosthesis is usually performed in patients with a vascular deficiency and with a complaint of erectile dysfunction in conjunction with Peyronie's disease.

It is administered in patients with Peyronie's disease with erectile dysfunction. In patients with low degrees of penile curvature, implantation alone is sufficient. In low-grade penile curvatures, if the placement of a single prosthesis does not correct the curve, additional operation may be required, such as cutting the plaque in patients or closing the gap formed by the size of the cut plate.

Operations can be applied under general or regional (spinal/epidural) anesthesia.

When the patients first came to the doctor with complaints stating that they had difficulties in the relationship, were unable to relate in some positions, had pain in themselves or his partner during the relationship, some of the patients had no sexual intercourse The curvature would prevent the relationship from living or be disturbed by curvature. During erection, diagnosis is diagnosed by monitoring the kurvatproduct with physical examination. (or a photograph of this curvature from the patient is requested)

Congenital penile curvature is that the penis is curved in one direction from birth. This penis is usually normal or taller than usual. In the early 20s, when patients become sexually active, they apply to our side to realize and correct this situation.

If the curvature is more than 30 degrees and interfering with sexual intercourse, or if the curvature does not create a functional distress, the correction is performed as the appearance.

Correction surgeries are usually performed by shortaling the long (convex) side since the penis is long. This surgery is performed under general or spinal anesthesia. The Penis does not leave a separate scar since the skin is opened from the circumcision line.

NEWS IN THEPRESS
Previous
Next