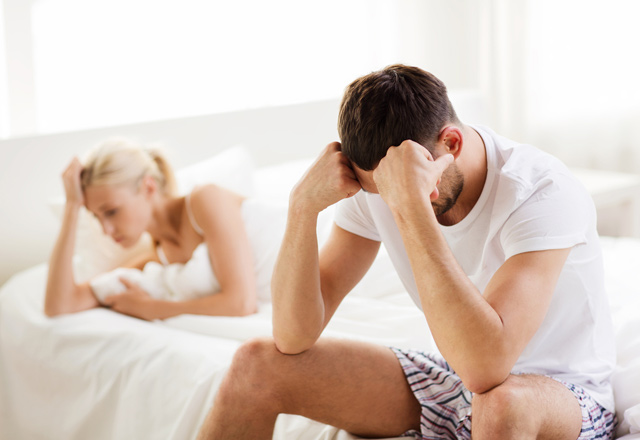 There is a false belief that men are always ready for sexuality in every condition. Unfortunately, sexual reluctance in our society is considered to be a female-only problem. However, sexual reluctance in men is a very common sexual problem. It is seen in 20% of the average males. If there is no timely support, it can lead to sexual problems in the male and even sexual partners (partner), as well as sexual dysfunctions in the later days. The applications that are due to sexual reluctance in men are very small. He cannot put this problem to himself, and in later periods, ejaculation problems (premature ejaculation/premature ejaculation) lead to the problem of erectile dysfunction in men (impotence) and apply to this complaint.

Male sexuality is always ready, as the sexual desire is always the wrong thoughts created by the society increases the pressure on the man. Sexuality is a function that is experienced with two people. Sexual reluctance in men may be due to a problem with sexual intercourse or sexual reluctance can lead to sexual problems in his spouse. The opposite is possible. It can also occur with the relational cause of sexual spouse. So it would be more accurate to evaluate this problem on a double basis.

In the male sexual reluctance due to physical (organic) causes, the hormonal disorder should be investigated first. The most important parameter here is testosterone.

Types of sexual reluctance in men;

It begins in puberty period. Hormonal disorders should be investigated as an underlying cause (especially testosterone). Apart from this, it is common in the strict and conservative societies where sexuality is suppressed.

B) decreased sexual desire and interest in secondary (subsequently occurring):

It is the sexual reluctance that subsequently emerged. It is usually caused by the problem of social and sexual intercourse between the male's spouse (or sexual partner). Chronic stress can arise as a result of depression or anxiety. The treatment is easier than the primary.

Causes of sexual reluctance in men;

A) Causes of physical (organic) Origin:

• Marriage problems
• Cheating or deception
• Depression
• Chronic stress or anxiety
• Performance Anxiety
• Mismatch and conflicts with the spouse
• Low self-esteem (concerns about its own body)
• Concerns associated with age and charm
• Fear of not being happy with your wife
• The negative first sexual experience
• Strict religious and moral solid religious and moral beliefs (the perception of sexual intercourse as crime, sin, etc.)
• Not having enough knowledge about sexuality
• Not showing the necessary subject of the relationship
• Sexual traumas experienced during childhood
• Sexual identity and orientation issues

Lack of sexual desire, sexual reluctance and problems created by;

The shortage of sexual desire manifests itself with a decrease in the number of sexual intercourse. Afterwards, they continue to have problems such as not being sexually explicit. This can also put the individual and/or pair into an inextrundated vicious circle. Sexual reluctance can lead to problems such as depression, loss of self-esteem, fear of deception, deterioration in social life relationships, marriage problems, etc.